Joomla community has introduced and developed Joomla 4 in 2017 that is still in the Alpha stage but now we can install it on our localhost and check all the major differences between Joomla 4 vs Joomla 3. And it has some important improvements.

This article will show here 10 important differences between Joomla 4 and Joomla 3. Where you can that which version is the best for you and then you can decide you should use updated version or not.

Bootstrap is the most popular framework for building responsive, mobile-friendly sites, with BootstrapCDN and a template starter page. And Bootstrap is the front-end framework that is free to use and helps the web development process much faster and easier.

Joomla 4 uses Bootstrap 4 for a better user-friendly and mobile-friendly interface.

Joomla has powerful CSS extensions in programming languages that make the code clean and the development process faster and better organized.

Joomla 3 integrated Boostrap 2, so it has developed with LESS (Leaner Style Sheets) which is a major improvement from a few years ago. LESS is developed on Javascript.

Finally, both versions can do a great job as CSS extensions. However, SASS is much more popular than LESS nowadays, and it is more powerful according to many experienced developers Joomla 4 seems to be in good hands.

Joomla 3 has a responsive grid system, but normally users are not happy with it.  Developers have some difficulties in implementing the designs as well as not clearly understanding how to set the width of the columns in the grid.

Joomla 4 includes the CSS Grid to replace the 12 column layout system. The change not only makes the development process easier while it improves the responsiveness of your site.

Comparison between Joomla 4 and Joomla 3 front-end template can easily find out to see below pictures and then you might agree that the Joomla 4 front-end design is cleaner and more elegant look than the Joomla 3 version.

Joomla 3 included 2 front-end templates which are Beez3 and Protostar. 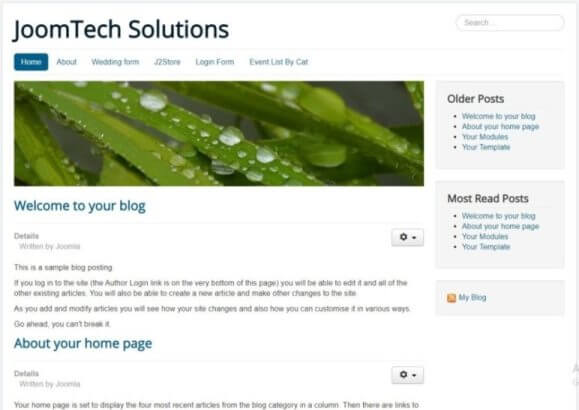 Joomla 4 has only one front-end template that Cassiopeia. In which the user interface is developed based on Bootstrap 4 and the layout is implemented based on CSS Grid.

Joomla 4 has been updated the interface of the backend template. There so many changes have done, actually, back-end changed completely and the big change is the position of the menu.

Joomla 3 was keeping the menu horizontal but Joomla 4 has switched the menu vertically.

Joomla 3 –  has 2 backend templates which are Hathor and Isis

Joomla 4 – has a new backend template that is Atum, which included great improvements in the user interface and some amazing features like the new publishing workflow.

Joomla 4 –  Whereas this version still has 3 steps as before, this improvement will help to go back on previous information without interrupting the installation process and having to submit again if they want to change anything.

As you can see from the Github process, the Joomla team members plan to add features that let you install the extensions ( at minimum core support extensions) along with the installation of  Joomla 4.

Joomla team has identified the problem of users in the old version of Joomla when it comes to the media manager. The feature had not any option to edit function at all.

Finally, Joomla 4 now has  “smart innovation” in the media manager. That is, providing integrated editing features that will be more useful for you to upload pictures, while you can read the properties of each photo by clicking on the picture.

Joomla 3 – has limited functions such as no editing feature included in the media manage so the user needs to edit the photo before uploading.

Joomla 4 – added many new features in the media manager 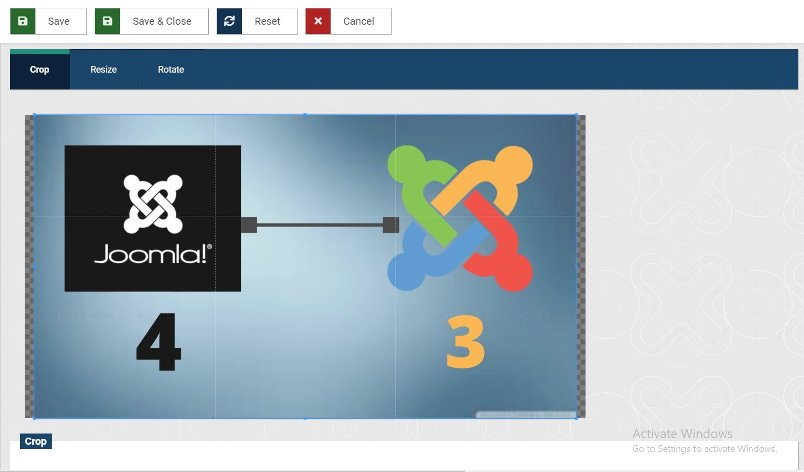 Joomla is developed in PHP programming language, So Joomla 4 integrated with the latest PHP version that is especially developing web. It has faster performance and has more security with lots of improved features.

Joomla 4 requires the latest PHP version 7+. Because PHP 7 uses the new model of engine called PHP NG which increases the performance two times as much.

And with the additional features, for example, Abstract Syntax Tree and Null Coalesce Operator make easier parsing of PHP code.

Joomla 3 supports Mootools and jQuery libraries. But these are very slow and not frequently updated whereas they’re still active.

Joomla 4 removed Mootools to increase the performance overall. Joomla team had rewrite all jQuery in vanilla JS and ensure that jQuery will not be loaded with core files.  But we still will be able to use it if we want. While, they are moving to custom elements, which will be much faster, framework agnostic, and will also be fully accessible.

Joomla 4 is implemented as the best version of Joomla. Joomla 4 integrated the latest technologies such as Bootstrap 4, JQuery 3, PHPMailer 6.0, Vuejs for Media Managers in order to build a stronger base of core codebase. Therefore, Joomla 4 is well optimized and becomes friendly for users.

Joomla 3 has an outdated coding quality which should be optimized better.

Joomla 4 has a more optimized and cleaner codebase.

Security is the most common factor that every kind of CMS should focus on. So that, Joomla 4 has ensured security at higher levels.

Joomla 3 – still has many defects in the security and continually updating to fix problems.

Joomla 4 – added more security features such as supporting the prepared SQL statements, increasing the minimum supported software stack. Of course, with the latest technology, our site is more secure.

And if you want to free create a website online free domain Joomla provides that as well.

Comparing the difference between Joomla 4 and Joomla 3, it can be found that Joomla 4 has more advantages than Joomla 3 for example  Smart Interface, Better responsiveness, better security, and x2 faster performance. Joomla Tutorials January 24, 2022 • 0 Comment
Joomla templates are the Joomla extensions installed by the extension installer. It changes the layout of the website and we… 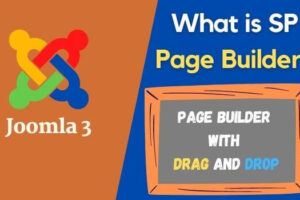 What is SP Page Builder?

Joomla Tutorials October 14, 2021 • Comments off
SP Page Builder is the world’s greatest Joomla page composer tool, allowing you to build a website without writing a… 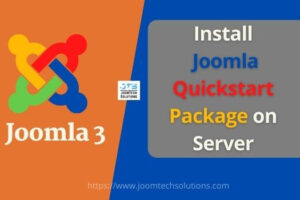 How to Install Joomla Quickstart Package on Server?

Joomla Tutorials October 9, 2021 • Comments off
In this article, you will learn about how to Install Joomla Quickstart Package? So we have explained all steps with screenshots.… 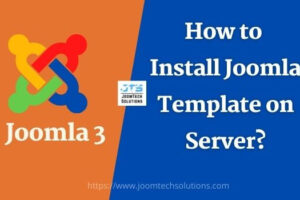 How to install Joomla template on Server

Joomla Tutorials October 4, 2021 • Comments off
In the last post, we have explained How to install Joomla template on localhost? Now we are explaining How to install… 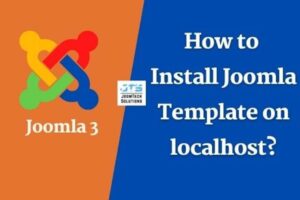 How to install Joomla template on localhost?

Joomla Tutorials September 30, 2021 • Comments off
A Joomla template installation is always a simple task that requires no technical experience. So if you want to get… 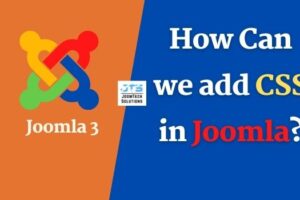 How can we add CSS in Joomla? 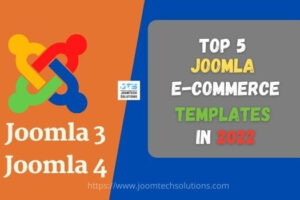 Joomla Tutorials September 10, 2021 • Comments off
Joomla is a free CMS, it naturally relies on certain expensive components to allow open access to its fundamental features.… How do I add an RSS feed to my Joomla site?

Joomla Tutorials August 8, 2021 • Comments off
RSS feed is a way to provide website content to be syndicated for the usage of other websites and publish… Joomla Tutorials June 25, 2021 • Comments off
First of all, why are you using Joomla and What exactly is the nature of your business?, So Choose the… Joomla Tutorials June 22, 2021 • Comments off
Joomla is the CMS to use and develop world-class websites; the number of extensions on Joomla gives a way to…